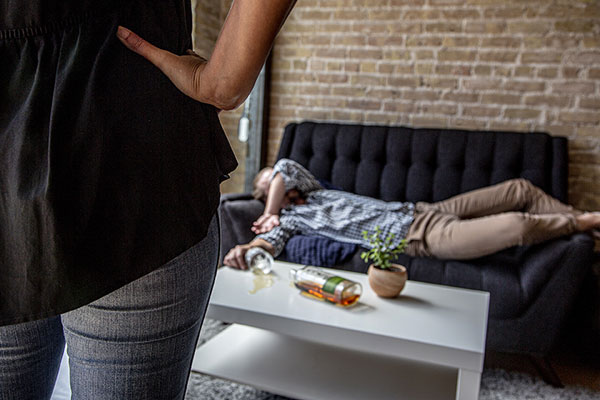 It’s no secret people like to drink. Some, more than others; reports suggest that at least 65 million people binge drink. It’s a surprisingly fine line between a few casual drinks and binge drinking; for men, it’s about five drinks in two hours. Guys, if we're honest, that means many of us are technically binge drinking at an average weekend hangout, pool session, or barbeque. Not to mention the significant amount we can drink at more special events like work conferences, boat parties, or the occasional bachelor party in Vegas.

These are fulfilling experiences; being in new, exciting places, laughing with friends, booze flowing, sky-high confidence; and often a large part of the appeal is the anticipation of meeting someone new, having a connection, and getting physical. While it’s true that alcohol can give men a feeling of “liquid courage,” that same alcohol-induced courage can come with a cruel twist: alcohol-induced erectile dysfunction, also known as “whiskey dick.”

You’ve probably heard the term whiskey dick. A more accurate term would be “alcohol dick,” but that’s not as catchy. A man has whiskey dick when he is unable to get an erection while intoxicated. In other words, whiskey dick is erectile dysfunction, or ED, caused by alcohol.

Whiskey dick happens because alcohol interferes with the brain’s chemical messages, which can decrease blood flow to the penis. Because erections are all about blood flow, drinking excessively can make you soft, even if you desire sex. If your system is full of alcohol, your body will usually focus more on processing the alcohol than achieving and maintaining an erection.

For partners of men experiencing alcohol-induced ED, it’s important to remember that whiskey dick, or ED, is not an immediate indication of a lack of affection, love, or desire. It’s a matter of basic science and the body’s natural functions. 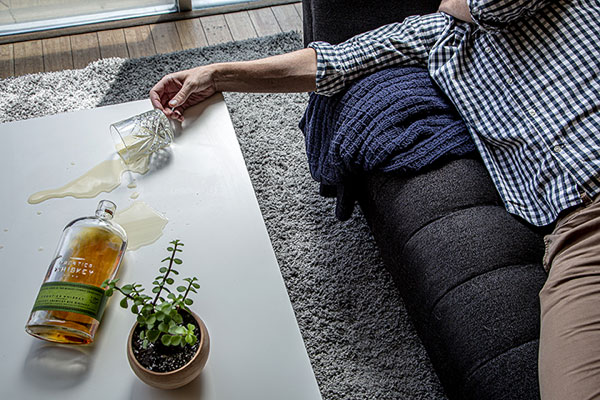 Pros and Cons of drinking before sex

Alcohol is not always a bad thing when it comes to sex. Drinking alcohol in moderation can help men relax, removing inhibitions and increasing sexual confidence and performance. Everyone is different, so it’s important to know your body and your limits with alcohol consumption, especially if you’re hoping to engage in sexual activity.

Binge drinking for women is defined to be around four drinks in two hours, and the sexual side effects it causes can be equal to that of men. Women obviously don’t have the same anatomy as men and therefore, cannot experience erectile dysfunction in the same way. However, they may find it difficult to reach orgasm while intoxicated. They may also see their orgasms decrease in intensity after heavy drinking.

When it comes to binge drinking and ED, there’s more at stake than being embarrassed and disappointed that you couldn’t perform while you were under the influence. Years of binge drinking can change a stand-alone case of whiskey dick to a frequent occurrence. Your erections can be permanently affected, as frequent binge drinking can alter hormonal balances, lower sexual desire, and cause premature ejaculation. Alcohol can also lower testosterone levels, contributing to a decreased libido.

Whiskey dick and other forms of ED are very common. 1 in 4 men experience ED before they’re 40, and many of those cases are due to excessive alcohol consumption. But whiskey dick doesn’t have to be the end of your drinking days or your sex life. Fortunately, there's an all-natural treatment available. Giddy is a wearable ED device that places pressure on the veins in the penis, allowing for optimal blood flow without restricting the wrong areas. This means a man can achieve and maintain an erection and enjoy normal ejaculation, even with alcohol in their system.

Giddy was designed to be an effective treatment for ED, including whiskey dick, without the side effects of pills, pumps, or traditional constriction devices. Having a Giddy in your pocket means having the confidence to buy another round and still enjoy healthy, rewarding sex afterwards. Curious? Get Giddy.